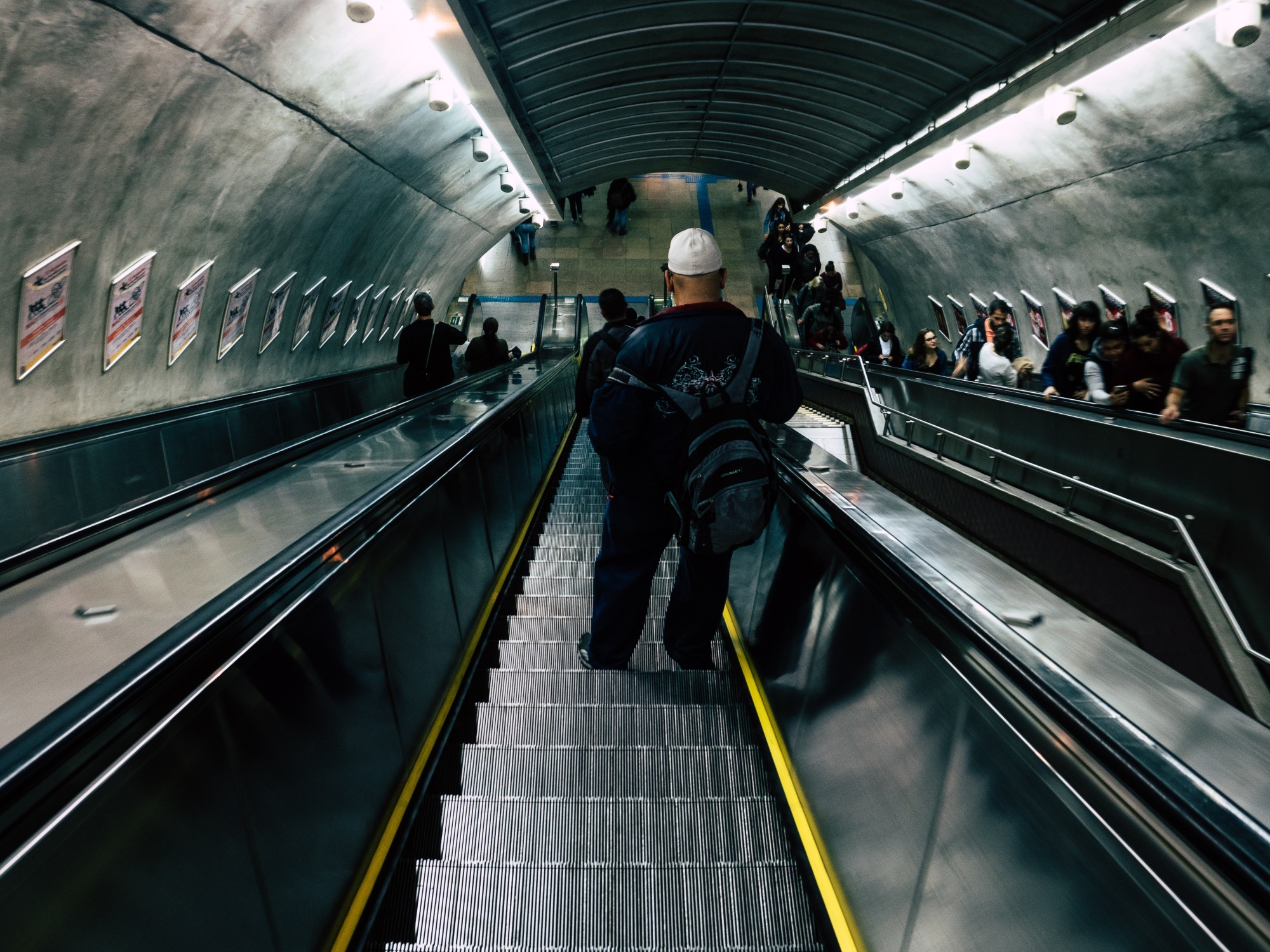 Niall is from Kilkenny but lives in London.  He writes both poetry and prose and has been published in several journals and magazines in the UK and Ireland, including; The Galway Review, Ink, Sweat and Tears, Magma and Eyewear’s The Best New British And Irish Poetry Anthology, 2016 and 2017.

Niall has been longlisted for The Short Story competition 2015 and shortlisted for the Over The Edge New Writer Of The Year Award , 2015 and 2016, The Bare Fiction Poetry Prize, The 2015 Costa Short Story Award, and The Melita Hume poetry prize.  His debut collection, Have You Put The Weasels Out, will be published by Eyewear press in early 2018.

It was agreed unfortunate (but not unwise –
what with commuters being terrorised)
to shoot Jean Charles de Menezes
seven times, in the back and in the head,
on a well-stocked Stockwell tube.

On that well-stocked Stockwell tube
young Jean Charles lay down and oozed
out and over the passenger’s shoes.
Two nights straight – then off the news.

I used to be a beast of burden.
I flooded warehouses brim to brim from boats sat rank on rank
and packed so tight that men could plank all the way from bank to bank,
humping hods and railroad rods without fear of falling in.

I used to be the working river, a Thor of ebb and tide.
I floated folk carrying smoking coke until the city choked
on smelting lead and pig iron piles lashed down tight with rigging rope.
I grew this city wide. I used to flaunt my flowing muscles; to feel envious eyes agog
as my liquid limbs sole sustained the ravenous cranes, stretched, strained,
feeding loads to the never closing Thames docks drowned in fog.

Now?
I am a dreadnought at the breakers,
a shackled kraken chained and tamed.
Now I flowly slow, sulking, soporific,
as tourists (who think it oh terrific)
take holiday snaps from upon the back
of some toothless tiger leashed and lamed.

I was a working river.
Liquescent envy of the world.
But, weakly now, my weary smile
meander meek the many miles
and I, a neutered tomcat, lie
sleeping round the city curled.

Question: You are a kitten on a flight from Catalonia
to Kathmandu (via Qatar). Due to an unseasonable and ferocious
typhoon the plane crashes deep in an unspecified jungle
of some remote banana republic. Everyone on board
is killed, including your parents. You alone are left
mewling through the furballs of the wreckage.
You are saved from certain death when you are found
by a hand of wild bananas and taken in as one of their own.
For the next fifteen years, it is just you and your feral banana
family alone in the jungle. You learn how to be yellow,
how to lie motionless for months with a thirty-degree curve
in your spine, how to emit the silent howls of jungle fruit.
Sometime after your fifteenth birthday, a pounce of explorers,
both jaunty of monocle and ragged of whiskers, are mapping
the source of a long-lost river of milk and stumble upon you.
You are wearing only a leaf; your fur has given way to a waxy
cuticle and smooth ochre ridges. Instead of walking on all fours
you hang with ferocious stillness. When spoken to you respond
with utter yellow. Tenderly, but with caution, you are severed
from the bunch (after being checked for spiders) and brought
back home. You become a media sensation – but are then forgotten
and entrusted to a convent of wimple-eared nun who begin
the slow and torturous process of catalytic conversion.
After four years (and despite intensive lessons) t becomes clear
that you are a fruitless endeavour. You still insist on ripping off
your tortoiseshell whenever possible. Your voice retains a distinctive
yellow tinge. Although you can follow rudimentary instruction,
speech has not developed beyond caterwauling. The nuns ascribe you
to working the laundry, the one job you can do with a modicum of success
(and minimum of supervision) and you become catatonic
as you help them fulfil lucrative contracts for the cleaning of bed linen.
Now: Should you be called an ex-pat? Or an immigrant?

Some Denizens (In No Particular Order)

Asterix, called Asterix because of her uncanny resemblance to Asterix (moccasins, t-shirt, bottle of potion), her mate, Obelix, who looks nothing like Obelix but sure what the fuck else would she be called, the lad with the ferret on the sparkly lead who always buys four Carling and a packet of rashers, that degenerate Toes who drank himself legless the night he fell asleep into his own bonfire and the shins only burnt claane off him, his spunksprout of a father – who turfed him out on the street after the umpteenth time he’d pissed the stairs while trying to crawl to the jacks, your wan who lived on cider and porridge for a whole year and got the first case of scurvy since 1837, that chap with the wife who looks a bit like a curtain, the poor auld Sniper’s Nightmare who had polio when he was little and now zig-zags up the street, the quarehawk who sits on the wicker chair in the sweet shop muttering have you put the weasels out. Depending on what story you listen to she either a) was a prostitute, b) keeps a hammer in her bag, c) killed a prostitute with a hammer d) became a prostitute so she could afford to start a hammer collection, the topless lad who just kind of appeared one weekend and with the wife-beater only scalded onto him, Goonie, The Firebug Brennan, The Firebug’s daughter (dances a bit like a pigeon), The Wolf when he got fined for all the howling, Fritz, Granite Head throwing the stones, Nadger and Shambles, Stabby Brophy and her eyes like floodlights when roaming into ceremonies to ask for change, Scarecrow always baytin the heads off the birds, your wan that died cycling home – but into a cow, The Spike; who, on the last Sunday of every month (and to the delight of the assembled patronage), bombs it down the hill outside McCarthy’s dressed as an elk and the dog only going daft in the basket, The Sow, The One Eyed Whistler, Up Up Umbrella, whatever fucking louse that keeps stealing my jackets, all the above in one house party to end all house parties, some of the above (cathartically sprinkled), none of the above – all of us poorer.

One thought on “Niall Bourke, In No Particular Order”